...ITS MOST IMPORTANT SHOW EVER

Los Gatos Art Museum presents its`most important show ever'
The work on exhibit at the Los Gatos Art Museum represents an artistic dialogue between East and West Coast painters, but to its organizers, it also represents a milestone. "This is the most important show we've ever done," says curator Catherine Politopoulos. "It's been a real thrill for us." The 13 artists in the show, called "Painterly Painting: The Next Level," all work loosely in abstract expressionism and have all been influenced by the Bay Area's figurative movement. "The exhibit gives people a sense of where the movements are going. It's quite expressive, quite moving. It's fabulous contemporary art," says Elke Groves, executive director for the Museums of Los Gatos. "We regard this as quite a coup that our museum has work of this caliber." The show was proposed by one of the featured artists, Siddharth Parasnis. Born in India and now living in San Francisco, his work bridges the genres, with both abstract and representational presentations of buildings and structures he has seen during his travels. Other artists in the show are Alex Kanevsky, Kim Frohsin, Nathan Oliveira, Paul Lorenz, John Goodman, Mitchell Johnson, Anthony May, Brook Temple, Dennis Hare, Suhas Bhujbal, Eduardo Alvarado and Waldemar Mitrowski. According to Groves, Los Gatos has become known for treating artists very well, and word has gotten out to the global art community, which takes a bit of the pressure off when organizing a group show. 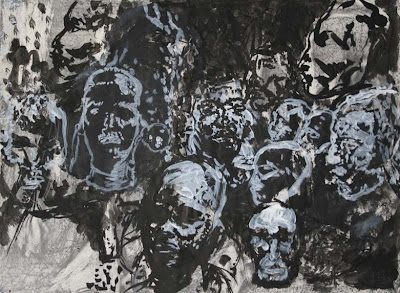 "It's always interesting; we're used to the semi-chaotic approach to life," Groves jokes. "All the artists have been so responsive." "It's been very easy," Politopoulos says. "While [the artists] don't all know each other, they do know of each other's work. We can mix all these styles, but sometimes you have to separate artists into different zones."Several works in the show are on large canvases, while others feature a variety of media all affixed to a thick canvas. Some, such as Hare's "RoadTrip" and "Highway 5," have a variety of found objects incorporated with more traditional elements.Becoming familiar with the works in the show means discovering new elements in many pieces. "I've been looking at all the work for two weeks now, and I'm still finding new things," Politopoulos says. David Stonesifer, a local artist and museum member, has high praise for the show. "It's right up there. It's as good as it gets for this kind of art. It just gives you goose bumps," he says. 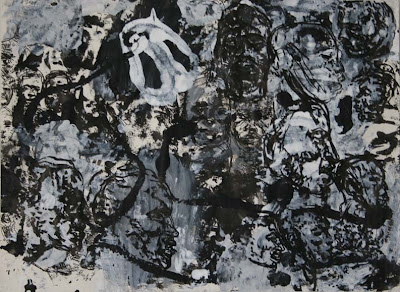 GUSTAV KLIMT AT THE TATE 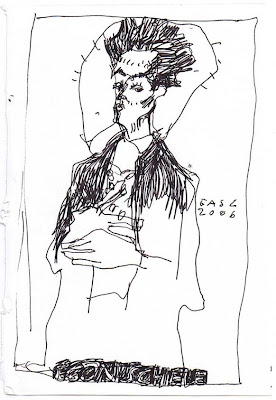