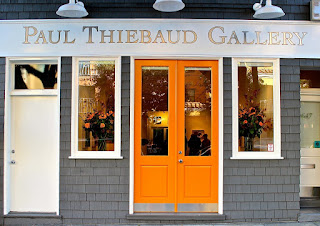 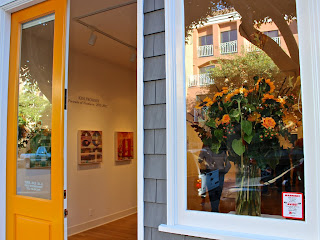 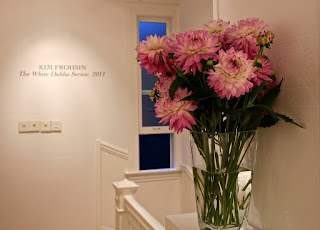 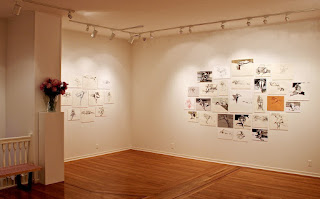 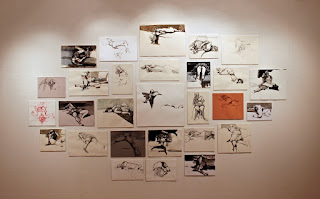 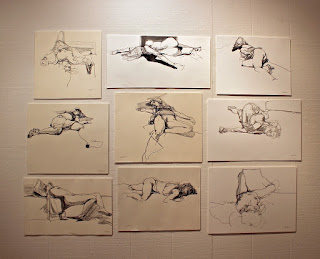 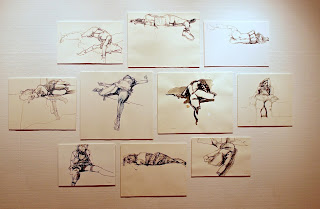 The White Dahlia Series, a selection of beautifully rendered 96 life drawings of female models is a certain highlight of Kim Frohsin’s oeuvre. The title, and the artist’s models who were asked by the artist to pose with a “noir” theme in mind, allude to The Black Dahlia, theposthumous nickname given to infamous murder victim Elizabeth Short of 1947 in Los Angeles, and buried in Mountain View Cemetery, Oakland. Many of the models struck not only a dark pose, but also one that connected them to ones in their lives who have passed, which revealed an outward, physical sign of latent, repressed emotions. On the second floor in the next room to these drawings is a poignant memorial photography exhibit to the work of Philomena Ryan, who passsed earlier this year. Ryan chronicled Frohsin’s models and took on the theme herself by photographing the anonymous models’ striking fragmented, nude poses in black and white. Perhaps symbolizing the white of life and the shadowy darkness of death, the result is an immensly intriguing synthesis of death and mortality with youthful, corporeal beauty, reflecting again to the Black Dahlia murder of a young, beautiful woman. The result is an extremely powerful, emotional experience. 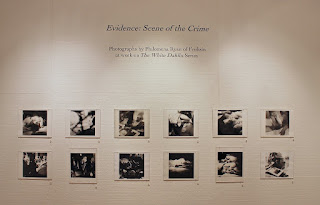